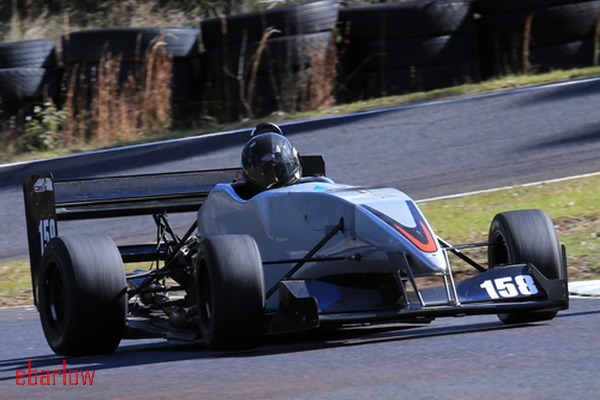 Northern Rivers driver, Daryl Watt shocked the opposition at Mountainview on June 7. It was an electric performance, just two tenths outside the outright record set by Brett Hayward back in 2014.

With the Grafton Sporting Car Club celebrating sixty years in motorsport this year there was more than a little local pride at stake and Watt came up trumps against strong opposition.

With the sun well up, conditions improved and Watt went from strength to strength, increasing his lead over the field and a fourth run of 42.66s put the matter beyond doubt. Dean Tighe claimed second outright on 44.04s with Amos in third place.

Malcolm Oastler had a recurrence of difficulties faced at the Queensland titles a week earlier but battled on gamely in a car that was clearly below par.

Kevin Leggett (Exige) collected the silverware in the over 1600cc Marque Sports class while Harry Everett (Gemini) took out the up to 1600cc 3J Imp Prod class and Gary Pitt (Escort) came out in front of Bill Heuchmer (Corolla) and Col Mayman (Beetle) in the well supported 3J over 1600cc class.

Travellin’ man John Gilbert edged out Adam Kane in the battle of the Imp Prod Commodores Sam Hollier accounted for 3J Imp Prod and Jason Newling edged out Graeme Diskin in their Late Model Subarus. (That is not a mistake, Graeme Diskin was not in his fabled Torana).

Highly regarded as a spirited competitor and one to watch, Daryl Watt later commented “Yep, I’m excited…its been a while coming but I’ve finally cracked it for a win”.

While Malcolm Oastler has had to settle for the consolation prize at this round he has maintained a strong lead in the NSW Championship ahead of Dave Morrow, Tim Edmondson and Ron Hay.