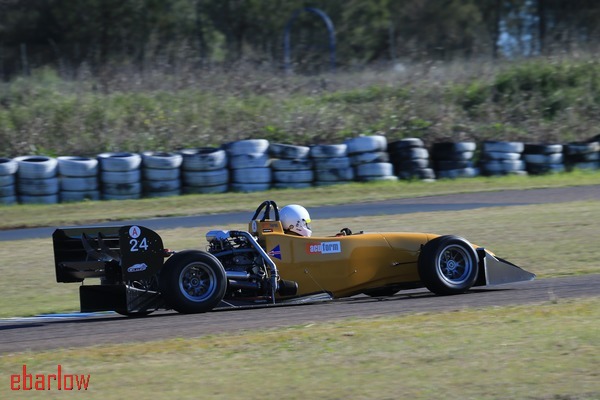 Despite a dusting of snow on the ranges, Sunday July 19 dawned bright and clear for Tamworth Sporting Car Club’s round of the NSW Championship at Oakburn Park in the State’s North West.

Points leader Malcolm Oastler (still smarting after a mechanical issue the previous round) made the long tow from southern NSW, looking eager to set things right. Malcolm’s AHCC winning OMS28 (aka “the Beast of Bega”) was in devastating form and he needed only two runs to dispose of the opposition and reset the outright record previously held by Brett Hayward down to 29.11s.

A strong battle for the minor places ensued with wily veteran Dave Morrow (Krygger Suzuki) taking second outright (32.14s) after a day long struggle with Ron Hay (Synergy Dallara) (32.75s) and Darren Read (32.83s). Read as usual was driving the wheels off the Minetti Monster for fourth outright and first of the Non Registered competitors.

Local driver Matt Halpin (Torana) was next quickest (and Top Tin Top) ahead of Paul (“Silver Surfer”)Finch (PRB) who was best of the Sports Cars. Seventh outright and best of the Beetles was another local, Col Mayman (VW).

The win puts Oastler into the lead of the NSW Championship by 22 points with Dave Morrow and Ron Hay arguing over the minor places and just three rounds to go. 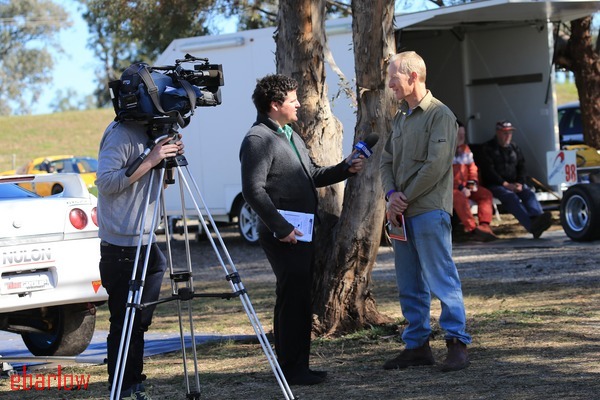 Round winner Malcolm Oastler interviewed for NBN News. See link below for the full Video.

No Youtube videos were uploaded for this event. If you know of one please submit the link to the website editor to have it attached to this page.