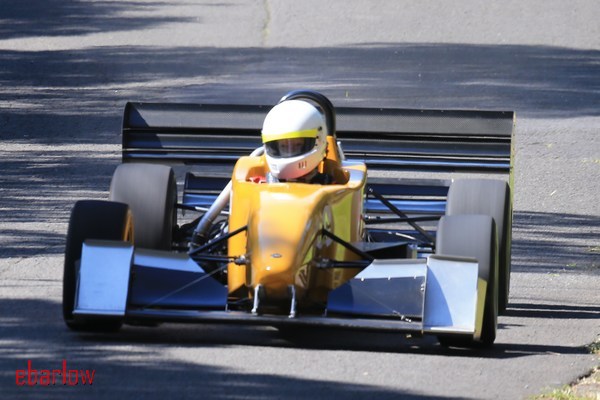 HUNTLEY: LAST OF THE HIGH HILLS!

Huntley Hill is many things to many people. The disused colliery road it is a rough, narrow, steep ribbon of blacktop, demanding the right mix of power, speed and bravery to claim an FTD of 18.54s – as demonstrated by Tim Edmonson in the Gould back 2011.

Tim was unable to make it this year but no matter, Championship leader Malcolm Oastler has now strapped a turbocharger to his mount and some onlookers were tipping a new outright record would be set.

Oastler then reeled of a run of 19.22s followed by his final run of 19.06s before calling it a day. Ron Hay looked keen and kept the pressure on the rest of the field to claim second outright on 22.36s, edging out Phil Heafey and Dave Morrow.

The ‘Gong’s own – Peter Brown chalked up a new record and fifth outright, a new Late Model Improved record also to David Isaacs in the Evo. Canberra’s Zac LeLievre (Westfield Megabusa) was next quickest from Matt Halpin (Torana), with Neil DePau (Skyline) rounding out the top ten.

A new record for Chris Bergner (RX7) while other class winners included Kevin Leggett (Marque Sports), Danny O’Leary (Imp Prod 0-1600). Col Mayman got the best of Glenn Torrens in the Battle of the Beetles.

Joanne Bell (Mini) was Fastest Lady while the record setter amongst the smaller non-logged cars was Matthew Cameron (Skoda Fabia) claiming the class win from the Lotus Elises of Simon Kalis and Paul Carroll.

Chris Bergner (RX7) set a new record in the over 2.5 litre non-logged class ahead of Stephan Bergner (Falcon) and Geoff Brisby (HSV Clubsport).

Looking pleased at the end of the day, Malcolm commented “Three runs under 20 seconds was nice. A bit scary, mind you, but nice all the same”.

The win gives Oastler a vice-like grip on the NSW trophy as the final round for 2105 looms at Newcastle’s King Edward Park, October 4. After sixty years, the final curtain will be brought down on this famous venue with MGCCN planning a big send off.

If you have or know of any other videos from this event please submit the link to the website editor to have it attached to this page.