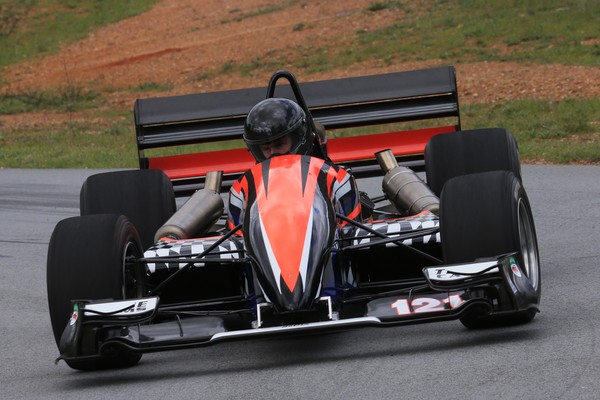 Fine spring weather greeted the field to the nation’s capital on September 26 with keen punters favoring Championship leader, Queenslander Dean Tighe in the Judd powered Dallara despite the revelation that he had not run at the Canberra circuit previously. Others in the mix were Kempsey’s Darren Read in his nimble ’09 Hayward and Doug “never say die” Barry in his trusty and torquey Lola T8750 F3000.

Unfortunately past State and Oz champion Malcolm Oastler was not in the mix, electing to gain some further running at Bryant Park in preparation for this year’s Oz titles. Tighe declared his intentions with a first run of 40.36s to lead Barry by around four tenths while Read copped a penalty for going off course.

About then Tighe got serious, laying down a string of 38 second passes while Barry and Read consolidated their times into the 40 second bracket where they were joined by Ron Hay (Synergy Dallara). Good conditions and few stoppages meant lots of runs and Tighe was determined not to waste any chances – clocking a best of 38.01s on his sixth run. 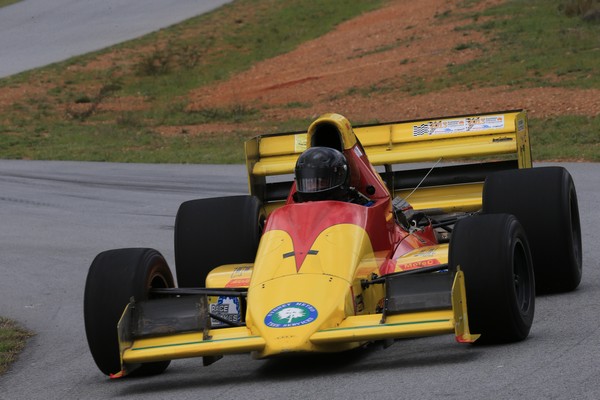 Not a new record but a tidy result nonetheless. Doug Barry took second (40.16s) a tenth or so ahead of Read and Hay. Local standout Zac Le Lievre (Westfield Megabusa) took out a credible fifth outright (and best sports car on 42.21s) edging out Dave Morrow in the Krygger Suzuki. Phil Heafey (Evo) was next best and Top Tin Top ahead of Garry Ford (Escort) and Matt Halpin (Torana).

Neil De Pau (Skyline) was quickest in 2A Sports (Editor’s note: I only missed by thaaat much!) and Peter Brown took out 2C in the BAP Clubman. “The Silver Surfer” aka Paul Finch (PRB) finished in the top ten with a scintillating last run of 45.36s to claim 2B Marque Sports from John Engish (Mazda) and Bob Wootton (MGB). Duncan Handley (Leaf) caused plenty of comment with a 49.39s run to finish ahead of wife Kelly in the electric class. Jason Newling (WRX) continued on his winning ways to edge out Steven Brown (Evo) in Late Model Imp as Daniel Hollier (WRX) took out RR NL AWD. 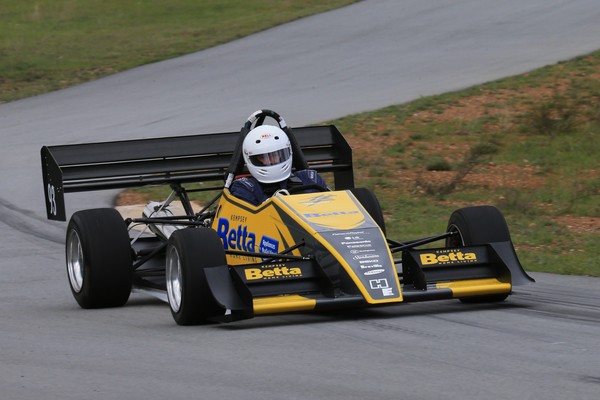 John Gilbert (Commodore) was quickest in Imp Prod over 3L and another local, John Ribeiro (Toyota 86GT) took out RRNL under 2.5L. Daryl Morton (Cooper S) was best of the small bore Sports Sedans ahead of Philip Edwards (Clubman GT) and Fastest Lady Joanne Bell (Mini). Looking rightly pleased Tighe commented later… “Now that was fun, I really enjoyed it…but what might have happened if Malcolm could have been here?”

With just the Huntley round to go the win firms up Tighe’s position at the head of the field with Doug Barry and Darren Read to decide the minor placings.