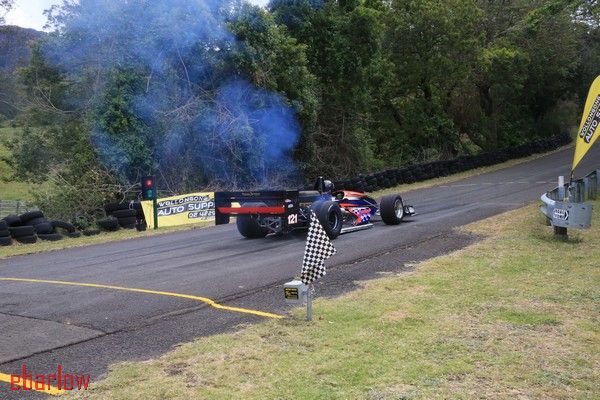 Fine weather was on hand for the final round of the 2016 Championship on the old colliery road at Huntley, a genuine power hill and on one of the steepest climbs on the calendar.

The pressure was on Championship leader (and Queenslander) Dean Tighe (Dallara Judd) to put the result beyond doubt despite not having seen the hill before and knowing that it’s a venue where main rival Doug Barry (Lola T8750) has a solid history. Looking down the list there were a number of classes set up for a final showdown for the year. 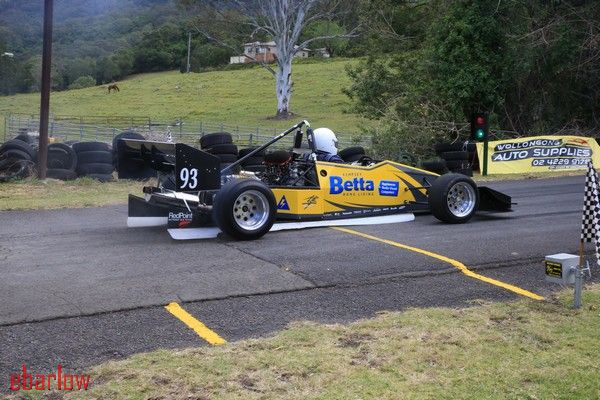 Tighe stated his intentions early in the day with a 21.30s run to Barry’s 22.23s with David Morrow (Krygger Suzuki) and Darren Read (Hayward 09) taking up the minor places.

Tighe then consolidated in the 20s area but on the fifth run Barry pounced with an aggressive run of 20.48s which put him ahead of Tighe by about half a second. Further back were Read and Morrow, now being pressed by Phil Heafey (Evo), the fastest of the Tin Tops.

Tighe kept his cool and his best run for last (20.31s) to edge out Barry by just 0.11s, ahead of Darren Read and a fast finishing Phil Heafey who lowered his record for Sports Sedans over 3000cc (22.90s). David Morrow (Krygger Suzuki) had to settle for fifth outright ahead of Garry Ford (Escort), local driver Peter Brown (BAP Clubman) with Tamworth’s Matt Halpin (Torana) next. 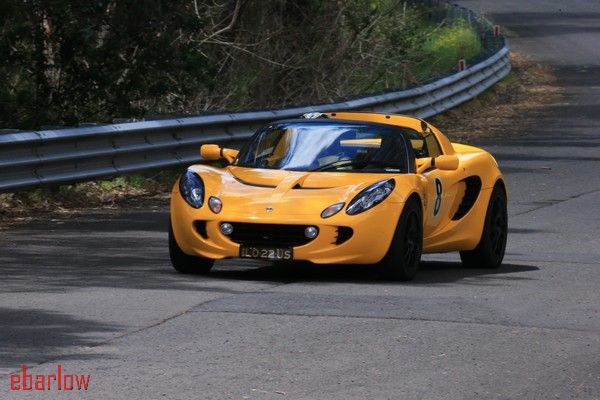 Denis Russell took out F/L up to 750 despite an “off” on run 3 and hopefully it’s all fixed soon. John Gilbert (Commodore) took the honors in Imp Prod and is vying for the “most travelled” award with Dean Tighe as they both head on to Gippsland for the Nationals next weekend.

Daniel Hollier (WRX) best of RRAWD while Neil Depau (Skyline) took the silverware for 2A Sports. Paul Finch (PRB) took 2B Marque Sports ahead of John Engish (MX5) and Bob Wootton (MGB) while Ron Gallagher (MR2) got the nod in 2F Prod Sports ahead of Barrie Coady.

In the smaller Sports Sedans Gwyn Mulholland (Anglia) took out 2000-3000cc class and Fastest Lady Jo Bell (Mini) pipped Philip Edwards (Mini Clubman GT) in S/Sup to 1600cc) As usual the Kelly and Duncan Handley (most quietly and quickly) showed how well an electric car can climb a steep hill. 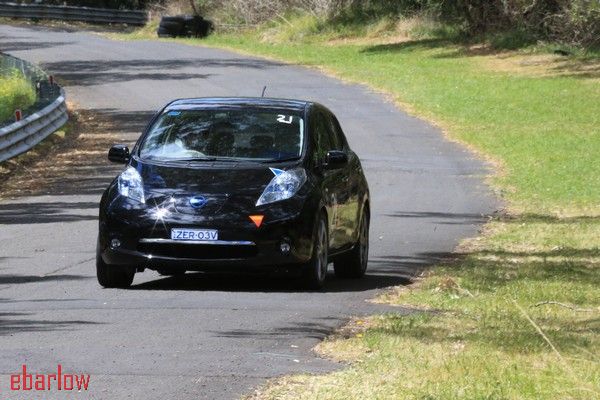 A couple of milestones were achieved as Dean Tighe becomes the first Queenslander to take the title since his late father, Ivan in ’87 & “92.

The 2012 winner Doug Barry takes out second outright with standout Darren Read stepping into third outright in the car made successful by the 2014 champion Brett Hayward. Dean Tighe commented later “I really enjoyed the competition and the camaraderie of the Championship this year”. Just like Arnie “The Terminator”, I’ve a feeling he’ll be back.