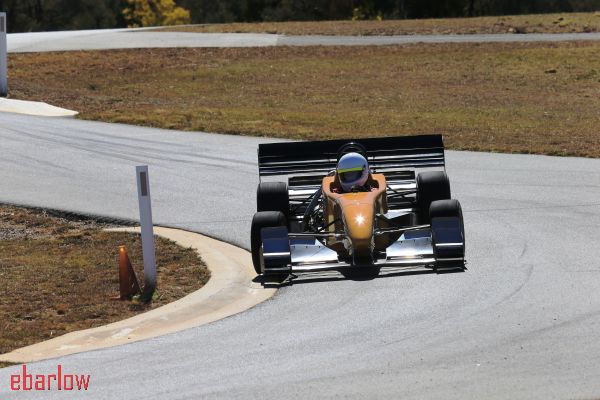 Top weather conditions brought on a very special weekend at Fairbairn Park, just up the road from the nation’s capital on September 10. It was the final round of the Mantic Clutch NSW Championship and what a way to finish off the year – a shredded record book – with seven new records, including outright.

Due to other commitments, national champ Malcolm Oastler (OMS28) has missed a couple of rounds this year but absolutely made up for lost time with a scintillating display – all four runs under the old mark (37.49s) that he had set back in 2015. Malcolm’s final run – a new outright record of 35.75s…ouch!

As expected, Doug Barry (Lola T8750) never stopped trying, finishing with a best of 39.85s edging out Ron Hay (Synergy Dallara) (40.94s) in third outright. The acceleration of the top cars was quite staggering.

Local driver, Zac LeLievre (Westfield Megabusa) was next quickest with a new class record, ahead of Dave Morrow (Krygger Suzuki) with the “Top Tin Top” of Phil Heafey (Evo VI) sixth outright. Round 5 winner Neville Shears (Nissan GTR R-35) was next, setting a new class record for RR AWD ahead of David Isaacs (Evo V). Phil Pratt’s Hooper EV created a lot of interest as it smoked the tyres to set a new EV benchmark. Reece McIntosh (Golf R) was deceptively quick and rounded out the top ten.

Looking suitably chuffed with the outcome, Malcolm commented later “I think I used up all of the road and I’m not entirely sure what happened… but it sure happened fast”. Methinks the Oz at Collingrove later in the year shouldn’t be missed!

With the year’s points finally tallied, Doug Barry will receive the 2017 Outright Champion’s trophy to go with the one he received back in 2012, with Dave Morrow and Ron Hay picking up the minor placings.