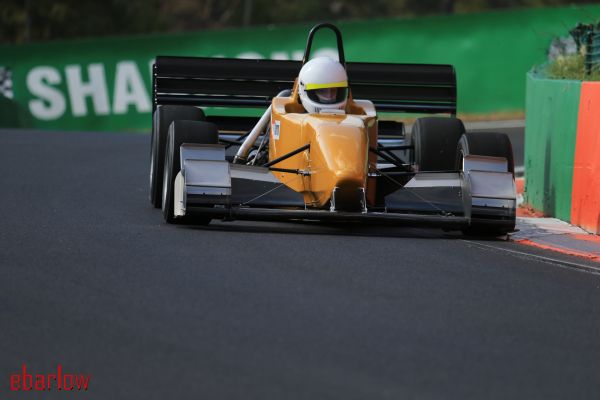 OASTLER STARTS THE YEAR WITH A BANG!

Warm weather and a capacity field brought on a very special weekend at BLCC’s Esses course on Mar 3. It was an occasion made doubly special by the return of Mantic Clutch as the championship’s sponsor. Malcolm Oastler was in devastating form last year, setting a string of FTD’s but other commitments saw him drop out of the top three and relinquish the 2017 title to Doug Barry in the final tally.

The second run saw Oastler consolidate on 23.86s before posting FTD of 23.54s on his fourth run. Doug Barry got into his stride on his second run to claim second quickest (25.49s) with Ron Hay third outright on 26.65s. Phil Heafey (EvoVI) again split the openwheelers, grabbing fourth outright and best Sports Sedan (27.29s) ahead of Dave Morrow (Krygger Suzuki) who was just 0.5s ahead of the ever improving Zac LeLievre (Westfield Megabusa) on 27.96s.

Fastest Lady went to Karen Wilson (Commodore) and fastest Junior was Riley Macqueen (Holden Commodore). Malcolm Oastler is again looking strong for the coming year with Doug Barry lurking in the shadows ready to pick up any dropped balls.

As a footnote, BLCC later acknowledged an anomaly in the timing, which did not affect relative overall placings but would have affected the overall elapsed time as regards records and PB’s