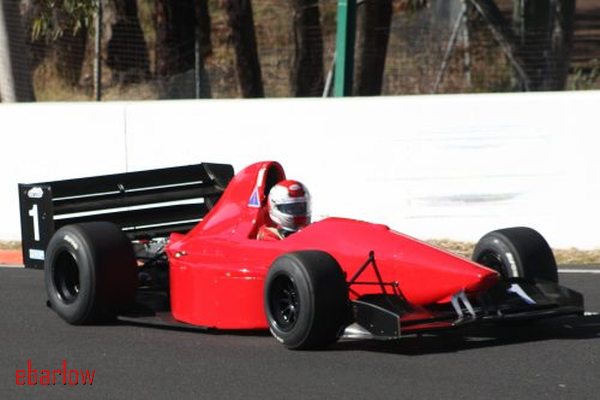 The much anticipated Bathurst Esses hillclimb (first leg of the popular double header) finally got underway in sunny conditions, a far cry from the big wet that led to its postponement back in March.

After missing the last state round at Kempsey, 2010 & 11 champ, Tim Edmondson (Gould GR55B) was on a mission and struck back in fine style to take FTD (21.33s) on his fourth run. The run eclipsed the outright record set by national champion Gary West at the 2006 AHCC by 0.29s.

Current championship leader Doug Barry (Lola F3000) put in a spirited drive to take second place ahead of Ron Hay in the rapidly improving Synergy Dallara.  Stuart Inwood was next (subject to appeal) in the Nissan GTR while Steve Moxon (Axtell Suzuki) got the upper hand on co-driver Searle Courtright on this occasion.  Matt Halpin (Torana) was quickest of the Sports Sedans and seventh outright on 27.55s, Scott Tutton (EVO2) was next quickest in late model SV, closely followed by Troy Moffitt (EVO6) and David Homer (Suzuki).