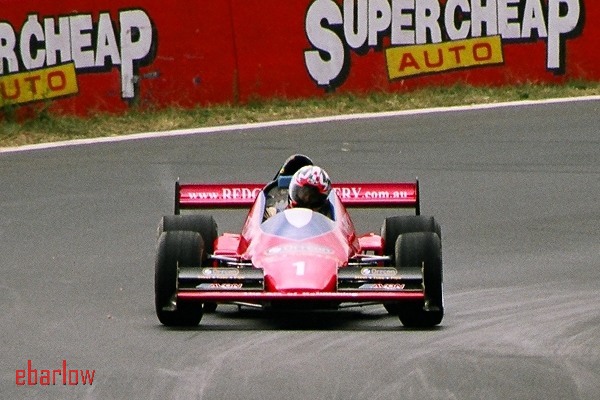 GUMLEY JUST AHEAD OF THE WEST ON SATURDAY!

On 18th March, Bathurst Light Car Club with support from Bathurst RSL, staged round two of the NSW series on the famous Esses course. The event provided a preview of the competition expected at the national titles which will be held there later this year. Many competitors came from far and wide for the chance of some serious practice.

Current state and national champ, Peter Gumley (SCV) was forced to work hard in the overcast conditions to gain FTD and the outright Formula Libre win. Peter finished with a time of 22.86s, just five hundredths outside the record he set back in 2000.

Former national champ Garry West made the long trek from Bunbury (WA) with the immaculate Lola F3000 and was rewarded with second place (23.23s),edging out fellow traveller Victorian Andrew Howell in the Pilbeam MP82 (24.12s). Tamworth’s Neil Farr (Bowin Hay P6) had to settle for fourth outright with a 24.57s run.

Local driver Wayne Burden had the Gemini sports sedan cooking and was able to reverse the finishing order from last year and outpace the Gemini of Adam Barnes. Both had a string of 26s runs but Burden’s best was 26.25s (sixth outright), with Barnes’ 26.87s(ninth outright).