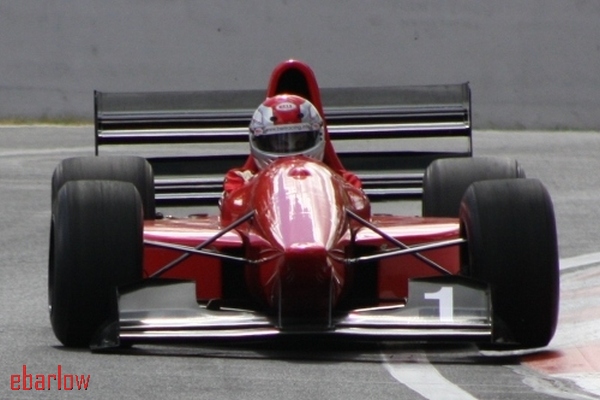 Sunday, it was all on again, for Round 3, Mountain Straight, all 1.7kms of it. This time Tim Edmonson (Gould GR55B) grabbed the advantage and was never headed, lowering the outright record (which Tim held in the Force PC) to 39.34s.

Doug Barry (Lola F3000) steadily worked his times down to 40.61s for second outright while Peter Gumley (Wortmeyer SCV) had to battle the frustrations of an underperforming car to post a best of 40.99s.

Malcolm Oastler sprang a surprise to be next quickest at 45.52 (and a new record – not bad for a wingless car), Steve Hooker was close behind while Stu Inwood again had the GTR under the existing record in sixth outright.

Steve Moxon just managed to hold the advantage over Searle Courtright, both going under the old record in the Axtell Suzuki. Mathew Barnes put the Celica over the line next with Michele Guyer rounding out the top ten.

In all, a top weekend of motorsport.