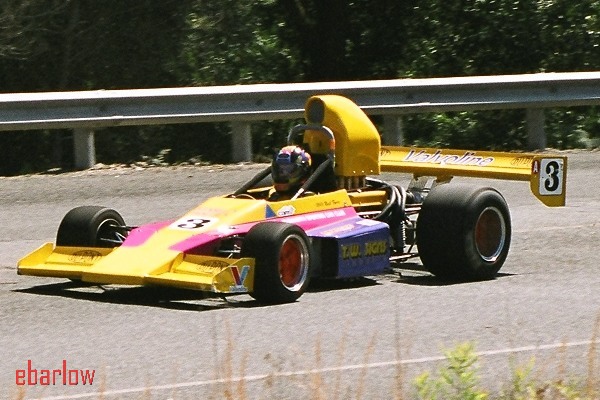 The Bulahdelah course is fast and sweeping like the Mountain Straight ‘climb at Bathurst.  A fact clearly not lost on Neil Farr who had managed to pinch a win there from Peter Gumley earlier in the year.

Peter Gumley (SCV) had been clocked at 191kph earlier in the day and was first to go below 29s.  On the fourth attempt Peter charged through for what looked a winning run to finish at 28.367s (165 kph).

Neil Farr (Bowin Hay) immediately countered to stop the clocks at 28.163s (176kph).  Just in time, as Neil then discovered a deflating tyre/rim and like PG took no further part.