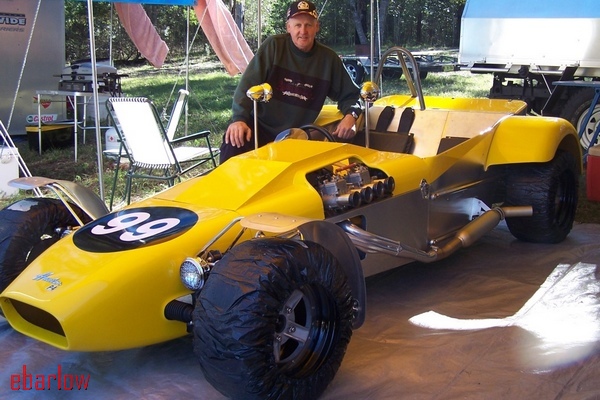 The Queens Birthday long weekend is traditionally time to head for the North Coast for a bit of fun and Grafton hospitality.  This year, some wild drought breaking rain made the trip quite an adventure but miraculously the rest of the weekend was fine and warm.  Just perfect!

As expected, Peter Gumley (Wortmeyer SCV), fresh from the Queensland Titles on the weekend before went straight to the top of the leader board with a first run of 44.77s.  He was able to maintain this position and finished with an FTD of 44.15s.  This keeps Peter well in the Championship lead.

Further back, a tight battle developed for second outright between the 750cc class MegaKart of Tom Donovan and Dave Morrow’s rapid up to 1300cc Krygger Suzuki open wheeler.  Both drivers improved their times and swapped places as the day went on.  Morrow’s final best a 46.64s just enough to pip Donovan’s fifth run of 46.92s, both happy with their respective class wins.

Next quickest was Allan Hindes (Piranha Suzuki, 47.61s), ahead of Geoff Lord’s Axtell Suzuki and Jeremy Gray in the Honda Racer.  Bike power looked the way to go around the tight course.

Peter Gillard bucked the trend by being quickest non open wheeler in his dad Ron’s Toyota MR2 (50.62s), taking seventh outright.  Next quickest was Jon Bown in the Altin (50.74s), from Tyrone Bauer in the WRX and Stuart Inwood  (Nissan GTR).