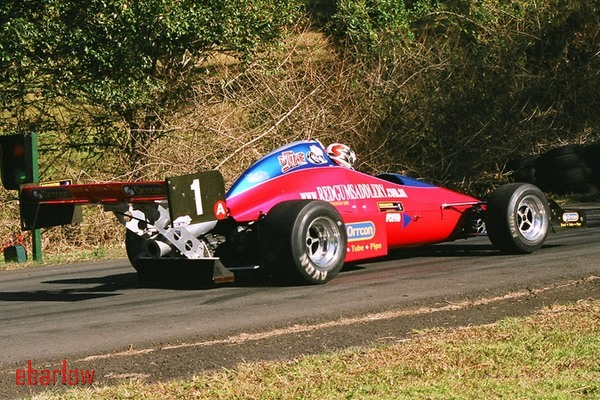 The ever enthusiastic Wollongong Sporting Car Club’s Jack Wortmeyer Memorial Hillclimb was held on 28 May at the steep and sometime deceptive Huntley Hill. Peter Gumley as expected, collected FTD and outright Formula Libre class with a run of 20.51s.  Next was Steve Hooker in the Jedi Suzuki at 21.84s, taking out the F/L 751-1300cc class.

Garry Ford (Escort S/S) was quickest sports sedan on 25.40s ahead of Warren Creagh (Twinnie) on 25.46s. Geoff Lord was having his first run in the Axtell Suzuki  and despite some gearbox woes which meant using 1st gear only.  He still managed eighth outright and 26.37s.  The high spot of the day for me was the howl of a Suzuki at 14000 rpm echoing across the escarpment.

There was no shortage of excitement on and off the track and as mentioned elsewhere, Graeme Syphers had an unscheduled ride to Wollongong Hospital .  We all wish him well with the recovery.

Jon Bown and Denis Russell both had a spot of bad luck by visiting the shrubbery, fortunately without personal injury and we hope not too much damage to the wallet.