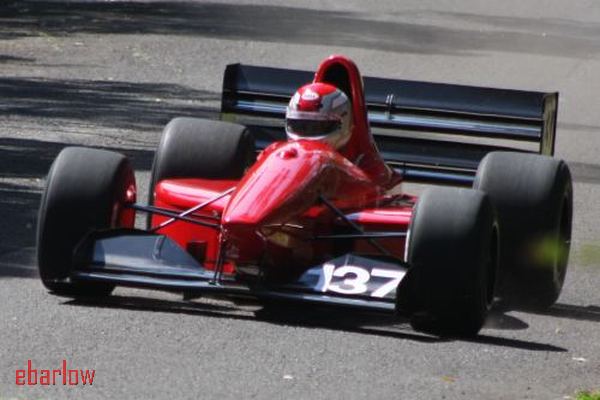 Current championship leader Tim Edmondson had the Gould cracking for Round 8 of the NSW Championship at Huntley Hill on the 18th September.  It’s one of the steepest Hillclimbs around but paradoxically one of the quickest (for the fast cars anyway).

As usual, the hard working team at Wollongong Sporting Car Club had their long running venue in top condition, and the warm weather helped to amass seven new records.  Watching the leaders sweep though the Fork (I think the Gould is in fifth gear at that point) and on through the esses was inspiring stuff.

Tim steamed up the old colliery road on his fourth run, trailing a shower of sparks as he blew away Peter Gumley’s longstanding outright record; the new mark an amazing 18.54s. The only downer was Doug Barry’s spectacular “off” in the Lola F3000.

Doug was in second place and travelling at warp speed when he touched the left edge of the bitumen and in a flash pirouetted into the barrier at the Fork, suffering a fair bit of damage to the rear of his trusty Lola.  Doug was out of the car quickly, a little sore for the experience and unfortunately has a fair bit of work to do before the final round at Newcastle. 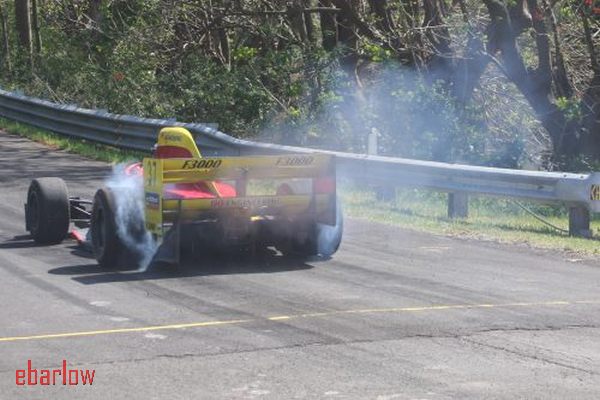 Searle Courtright, co-driving the Axtell Suzuki was next quickest.  Matt Halpin in the Torana was next from Ron Hay in the historic RH Honda open wheeler. Other new records went to Keith Jones (RX7), edging out Eden Jones (who was also under the old record) and Donn Vidler (Mini), Paul Aitken (Suzuki) and Scott Tutton (Evo).

The result keeps Edmondson in the lead adding later, “It’s great to be able to break an outright track record at a venue with as long a history as Huntley. A great result for us and now we’re looking forward to another great event at King Edward Park”