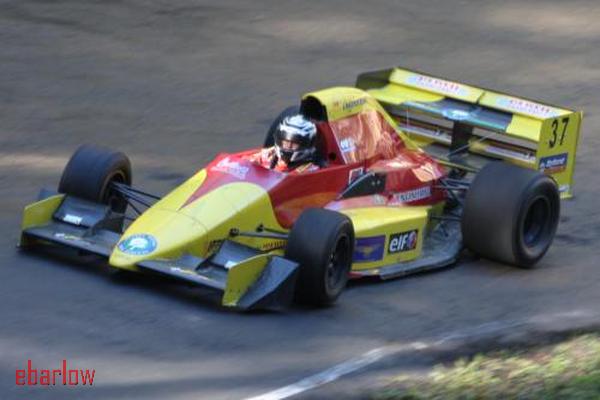 Round 6 approaching and trailing by a dozen points, Mudgee’s Doug Barry needed a strong performance or he could wave goodbye to this year’s championship. Adding to his woes, the course (a bygone section of the old Pacific Highway) winds through the Cooperabung Range just south of Kempsey, and despite its former status as the main link between Sydney and Brisbane is narrow with overhanging trees and a tight hairpin, just the thing you need in a powerful F3000 car!

From the first run Doug Barry (Lola F3000) set the pace on of 28.068s, with Stuart Inwood (Nissan GTR), Edmondson and Scott Tutton (EVO) nipping at his heels. Doug then relentlessly lowered his time on each successive run (five in all) to set FTD at 26.251s just as lots of dramas began to unfold.

Edmondson fell foul of a water pump issue which led to overheating and an unfortunate retirement after one run. Ron Hay (unsighted by the change of light at the chicane) clipped the barrier and damaged the front wing and suspension of the normally pristine RH Honda. Fortunately the damage is repairable and the sore thumb will hopefully improve. 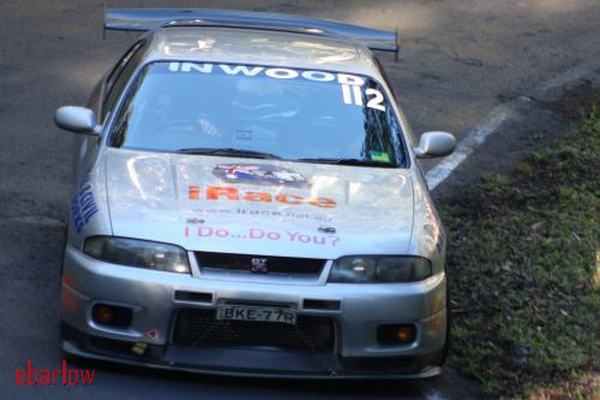 Stuart Inwood couldn’t make the rain dance work as well as he had at Grafton but still held on for second outright while Scott Tutton tried to rain on his parade. A top performance by Daryl Watt to put the Westfield into fourth outright ahead of Tim Edmondson and Paul Mathie (EVO 8).Heath Campbell tried one of his giant killing performances for sixth outright ahead of Joe Wolvey (RX7), Matthew Huxley (Skyline) and Darren Read in the Commodore.

Collecting his trophy and looking suitable chuffed, Doug commented “I’m pretty pleased with the result, particularly as the win keeps the championship alive”. The outright pointscore has narrowed and with Ringwood, Huntley and King Edward Park still to come the championship it is very much alive.