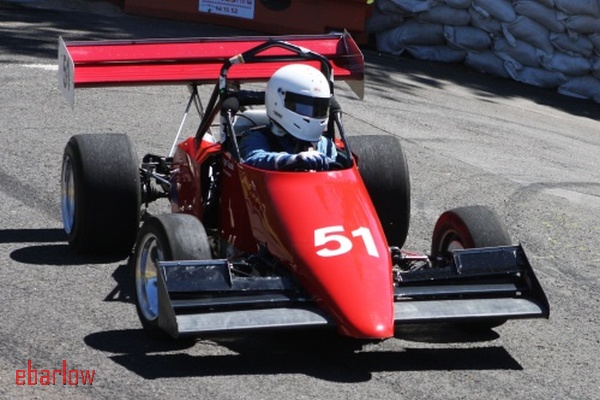 The final round of the 2012 NSW Championship was run in fabulous spring weather at the most picturesque course of them all – Newcastle’s King Edward Park.  Congratulations to MG Newcastle’s in achieving their 55th running of the iconic Shannon’s Mattara Hillclimb.

From the start that wily veteran from Coffs Harbour, Dave Morrow showed his liking for the course, putting his 1.3litre Krygger Suzuki into the lead from the first run, a position he would not relinquish despite the best efforts of one of the spectator’s favourites, Doug Barry in the Lola T8750. Morrow set what was to be FTD on his second run (36.24s) while Doug grafted away at the deficit, leaving the final margin just 0.15s!

As a sign of the times, the next quickest were the Tin Tops of Stuart Inwood (Nissan GTR) and Phil Heafey (EVO) with only a tenth or so between them as well.  Local driver, Peter Robinson (PRS Ford) was next, gamely holding off more tin tops – a brace of EVO’s driven by Beau Fernance, Scott Harrison and Paul Mathie.

Meanwhile Doug was all smiles as well; the points from second outright will be good enough to earn him his first NSW Championship.  Yes the big trophy is off to Mudgee!    It’s a fair reward after the disappointments of last year which included the storms and lightning strikes of the last round. The runners up this time up will be Sydney’s Ron Hay (Synergy Dallara) and previous multiple champion Tim Edmondson (Gould GR55B).