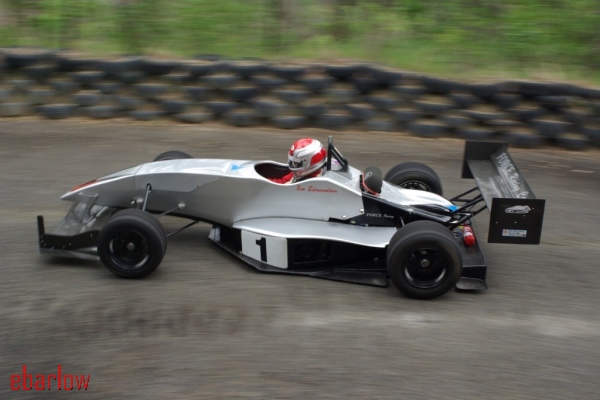 A healthy list of entrants gathered at Mount Cooperabung on the mid north coast of NSW for round 4 of the NSW Championship. The course is a disused part of the Old Pacific Highway 743 metres in length and thanks to the hard work put in by Kempsey Sporting Car Club it has come roaring back to life for all of us to enjoy.

Tight in places, yet fast in others it was a good learning exercise for most, only the regular Tri-Series competitors having some prior knowledge. Throw in some early showers on Sunday and an interesting day of motorsport was assured.

Surprisingly Tim Edmondson slipped to third outright ahead of last round winner Tom Donovan (Pilbeam) and Mark Guyer in the AWD Nissan GTR, reveling in the slippery conditions. As the track dried for run three Tim moved to the lead from Tom Donovan and Doug Barry. Steve Moxon was finding himself outpowered in fourth spot just ahead of Ron Hay (RH Honda).

For run 4 Edmondson went ahead to a final record setting FTD of 23.455s while Doug Barry claimed a creditable second outright on a 24.371s in only his second outing in the car. Tom Donovan was a whisker behind at 24.493s while Steve Moxon had to settle for fourth outright and a class win on 26.208s.

Pleased with the outcome, (which cements his place at the top of the pointscore) Tim later commented “We haven’t been here before but it was great venue and we will definitely come back again. It’s good to see we have such a strong group of Formula Libre cars now vying for outright honours”.