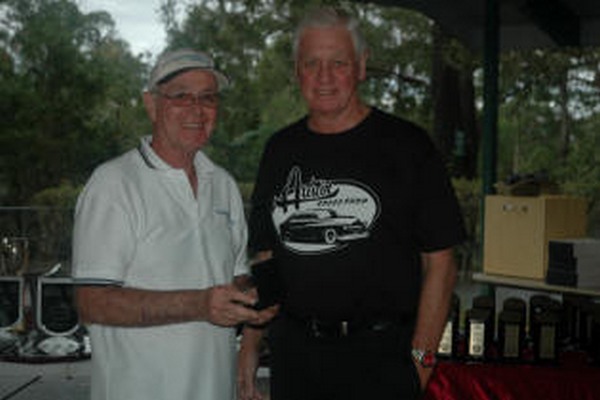 NSW Hillclimb’s Ron Hay joins the very exclusive “Under 40′s Club” as presented by Dick Johnson. Image is courtesy of the MG Car Club of Queensland

In transit to Grafton – a short note to report on the NSW contingent to this year’s QLD championship at Mt Cotton June 2, 2013.  Fine conditions thankfully, after a damp practice.

Congratulations to Ron Hay for joining the “under 40s club”. What is the under 40’s club?