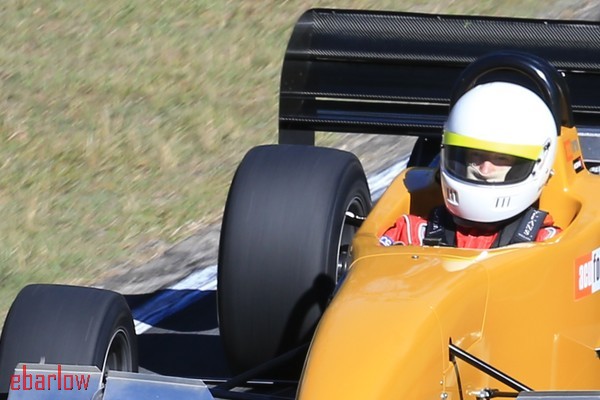 Gale force rain and local flooding along the east coast of Australia gave way to sunny, clear skies for competitors at QHCC at the challenging Mount Cotton course on June 6.

Come the third run and chaos broke out as Malcolm Oastler clipped the outside bank on the run to the flag (a la Tim Edmondson’s prang a couple of years ago) while Tighe went a fraction slower. The “Very Rapid” von Rappard was next on 39.12s while Neil Lewis made a spectacular entry into the pile of nutshells at the bottom of the hill, after a braking issue, fortunately without harm to himself.

With Oastler now retired, the door was just ajar but Dean Tighe was unable to find the few tenths required in the rapidly cooling conditions and had to settle for second outright. Against the odds von Rappard did his best on the fifth run (38.97s) to lock up third outright.

Darren Read (Hayward 09) looked fast all day and battled on for a creditable fourth outright ahead of Neil Lewis. James Milner (OMS2000) was next quickest ahead of Ron Hay (seventh outright, third in class) and a fast finishing Dave Morrow (Krygger Suzuki) third in class and eighth outright.

Other NSW regulars to do well included:

In taking stock, Malcolm Oastler (as the current Oz, Queensland and NSW champion) was calm and philosphical, later commenting “That’s the great thing about hillclimbs – even if you bin it you can still win it..”