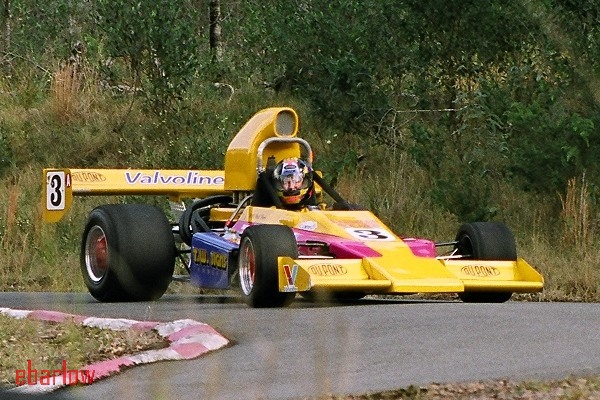 FARR IN FRONT AT RINGWOOD!

A well run Round 8 of the NSW Championship was held 6th August on MG Newcastle’s compact course at Ringwood. Competition was tight all day with the occasional passing shower keeping competitors guessing as to the final outcome.

In the absence of series leader Peter Gumley, Neil Farr (Bowin Hay P6) stepped forward, setting FTD and claiming the Formula Libre over 2000cc class win with a time of 30.75s. Considering the size of the Bowin, it is surprising how competitive Neil is at this venue.  The final winning margin was just 0.08s, ahead of Steve Hooker’s Jedi/Suzuki.

Steve was well placed for the outright win with the slippery conditions appearing to favour the more nimble Jedi.  Unfortunately he had to settle for second outright and the F/L 751-1300cc class win at 30.83s.

Dave Morrow worked the Krygger Suzuki into fifth outright (32.41s) with Geoff Lord electing to run theFubar this time and cleaned up the 0-750cc Formula Libre class with a neat 33.53s run. (Take note its now for sale).

Warren Creagh (Twinnie open wheeler) made the most of the traction provided by his two Mini engines, recording a time of 34.16s for a second in class, just ahead of Mark Broadhead’s conventionally powered Mini (34.57s) which was quickest of the smaller Sports Sedans and tenth outright.