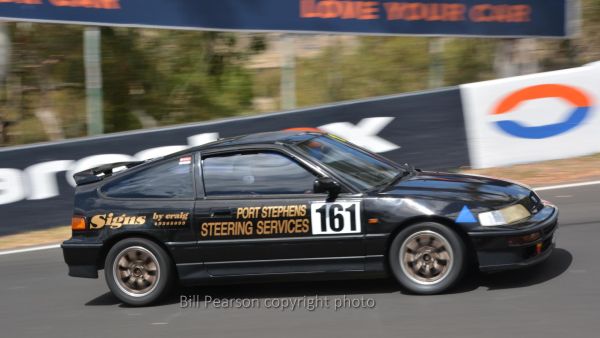 Engines barked in to life at dawn. This was the one we were REALLY excited about.

Longest on the calendar at 1.7km, it also has the highest average speed by a long way. Round 2 was the very next day at Mt Panorama, Bathurst.

This time, the course was run in the conventional anti clockwise direction. Starting mid way up Mt Straight, the course peels right into Griffins, punches up through the Cutting then across the top of Reid & Sulman finishing just before McPhillamy, the summit. 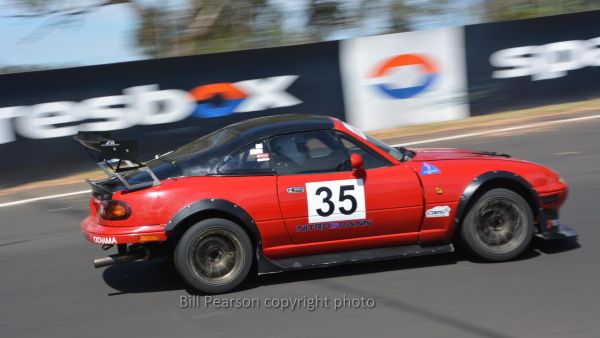 2A <1.6L was clinched by Zac LeLievre (45.30) again with his Hayabusa Clubman stretching its legs to a new class record from Neil De Pau (50.19) in the Radical.

Sports Sedans again was the scene of some great battles for supremacy. Under 1.3L was taken out by Joshua Hayes (62.32) steering the Fiat X1/9 from Louise Hayes (64.28) in the same car. 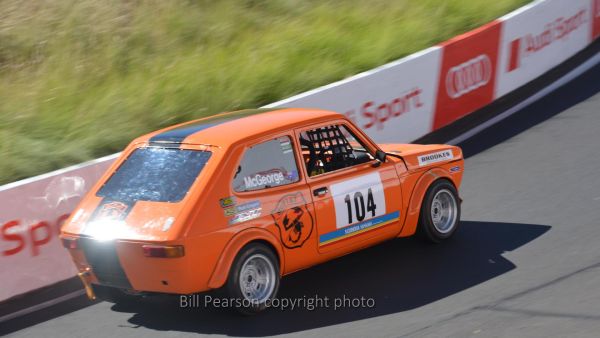 The second largest class for SS over 3.0L engines was won again by Phil Heafey (45.13) aboard the Evo, smashing the class record, while Wayne Penrose (45.64) unfortunately found the wall at the finish line in a hefty impact for the VW beetle.

The Formula V battle was this time won by Michael Roberts (64.38) with Harold Roberts (64.45) only a whisker behind in Historic Group Va.

The all wheel drive road registered class was again claimed by Theo Poteris (54.10) from Karen Wilson (56.62) in the Focus RS as Fastest Lady.

RR over 2.5L was a similar story to Round 1. Won by Liam O’Brien (50.53) with David Williams (51.13) valiantly thrashing the ute to catch him and stay ahead of Riley McQueen (52.00) the Fastest Junior in a well driven Commodore.

The time attack 4WD class was a much closer battle than yesterday, with Troy Nicholson (47.74) this time getting his HSV Coupe 4’s nose in front of Neville Shears (47.99) in the Black Godzilla.

What a buzz. Commitment is rewarded but also with very little room for error on this course. 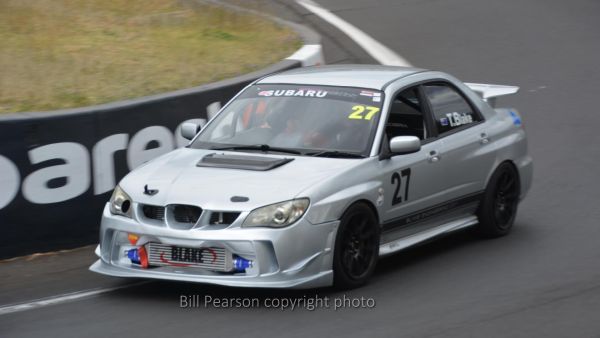 It’s what a brave rev head dreams of! Efficient aero is also highly useful at such a high speed hillclimb. Dubbed by some as the best in the country.

Two down, 6 to go. There are already some hot contests shaping up for the year that will be great to follow. Again, a huge thanks must go to the dedicated team of BLCC officials and volunteers for yet another smoothly run event in very warm conditions.

All photos by Bill Pearson