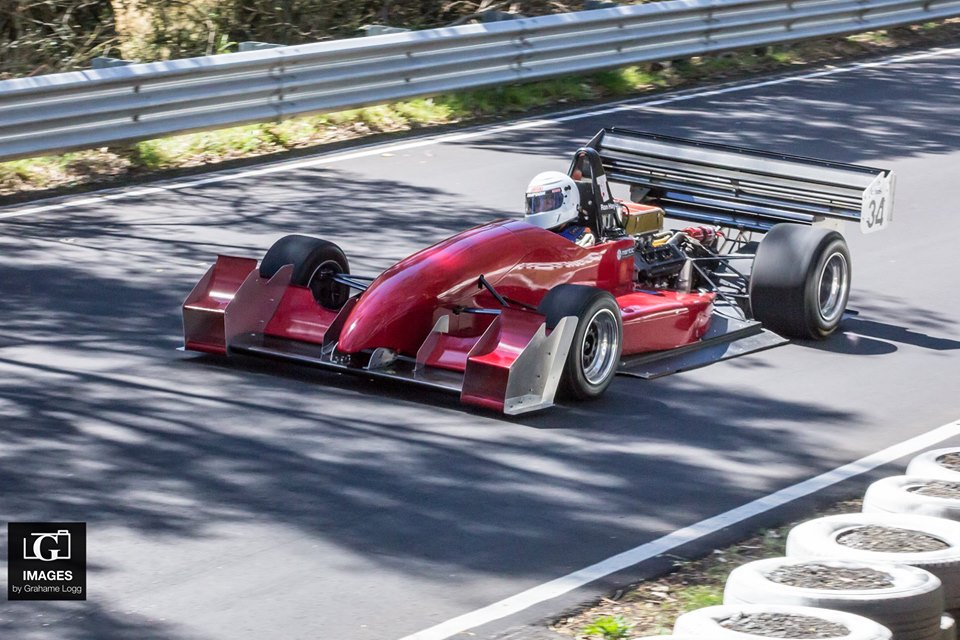 A freshly laid bitumen surface in welcomed the 45 competitors for the 8th and final round of the NSW Mantic Clutch Hillclimb Championships at Huntley Hillclimb in west Dapto.

Rain late the previous day and into the morning didn’t persist and the field of Hillclimb enthusiasts enjoyed next to ideal conditions.

Gordon Bradbury, the lord mayor of Wollongong opened proceedings with an enthralling speech and soon helmets were on and engines revving, let’s get underway!

By this late stage in the championship, most classes had already been determined, but there were still a few close fought battles that were “winner takes all” in this final challenge.

The smooth, new surface to the fork and other track upgrades were obvious and a great improvement to this facility.

Great work by many passionate and dedicated members of the Wollongong Sporting Car Club.

True gentlemen of the sport, Mr Ron Hay was the fastest on the day in his Synergy Dallara open wheeler with a 21.90 in Formula Libre over 2000cc. Well driven Ron!

Kendall O’Connor was quickest in 2A Open/Closed Sports class his MX-5 with a 25.76 from Greg Jones not far behind in the clubman with a 26.05. These two had a great battle all year with very little between them.

Josh and Louise Hayes suffered engine issues in the Fiat X19 in 3D Sports Sedans 0-1300cc, but before the bottom end came knocking, Louise won the class with a 32.60.

3D Sports Sedans 1300-2000cc saw local WSCC president Jo Bell take the honours with a 28.57 ahead of David Wrightson who wasn’t far behind on 29.09. These two competitors clocked the identical times for run 3; doesn’t get much closer than that!

3D Sports Sedans over 3000cc belonged to Wayne Penrose in the newly repaired VW Beetle after a nasty crash at round 2 at Bathurst. Wayne clocked a blistering 23.41 run for class win and second outright.

Late Model Improved Production ex 4WD saw some good battles throughout the day, with Brandon Leggett coming out on top and a new class record at 25.58 ahead of Geoff Brisby with a 26.31. The 4WD class was comfortably won by Tim Blake in his WRX with a 26.11.

The road registered non log booked under 2.5L class had been a see sawing battle all year between Graham Orr in the CRX and Garry Christopherson in the clubman.

Coming into the final round only 3 points behind, Graham did all he could but couldn’t catch Garry who took the honours on the day (28.00 vs 29.31) and clinched the class for the year.

The over 2.5L class belonged to local junior Riley MacQueen with a 26.20 ahead of David Deaves in the HSV with a 26.56. Great drive Riley and a deserved class win for the season. Road Reg 4WD saw Greg Thompson take victory with a 24.58 in the GTR skyline.

A great weekend of motorsport to close out the year of Hillclimb racing and a big thanks to all WSCC members for an enjoyable end to the season. Also a big thanks again to all clubs who hosted the championship for 2019, a great effort by many dedicated club members and officials, hats off to you all!