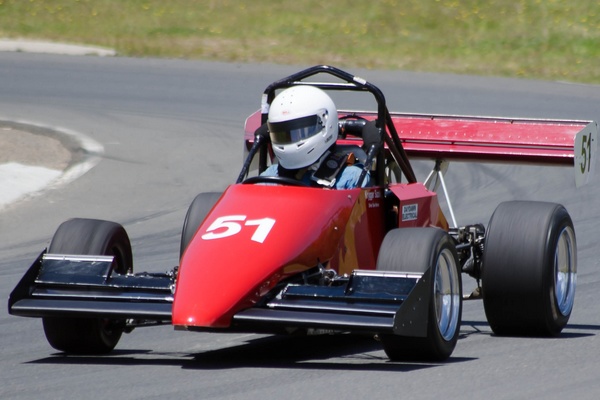 It was great to see a new venue come on board for Round 1 of the NSWHCC and to all the people involved, Garry Willmington and  Judy Ellacott in particular it was very much appreciated by all the competitors, and it is to be hoped they will run rounds in future years.

With some of the more fancied runners for the 2015 championship opting to miss the first round it was left to a couple of the old guard and one of the new people to join the championships to challenge  for outright placings.

A result that was not resolved until the fifth and final run, when Dave Morrow Krygger Suzuki ended up the victor over Ron Hay Synergy Dallara and Zac LeLievre (Megabusa Clubman) who had threatened all day.

Phil Pratt brought the Trojan out to chase Dave Morrow. And it was good to see Kevin Lewis make a return to the hillclimb scene in his Formula 3 Dallara after many years of circuit racing.

Neil De Pau made a welcome return to the scene in his Skyline R33 GTS and was a winner in his class.

Michael Miller ran his new car in the over 2500cc rr class and it was also good to see Anthony Hyde  from Canberra winning the RRNLB over 2500cc class in his Volvo 242GT Turbo.

Teruo Delacroix come all the way from Victoria,only to have a fuel pump fail after his first run, but he headed home very keen to return for Bathurst in a few weeks.

3J imp production 1601-2000cc will again be fiercly contested between Glen Torrens and Colin Mayman in their VW Beetles with Colin taking the honours for the round.

Sam Hollier is facing some stiff competition in the 3J Imp Production over 3000cc this year from Peter Dixon in his Monaro who took the honors on the day.

In all there were Twelve new comers to the Championship and it is to be hoped they continue to enjoy the great atmosphere at future rounds.