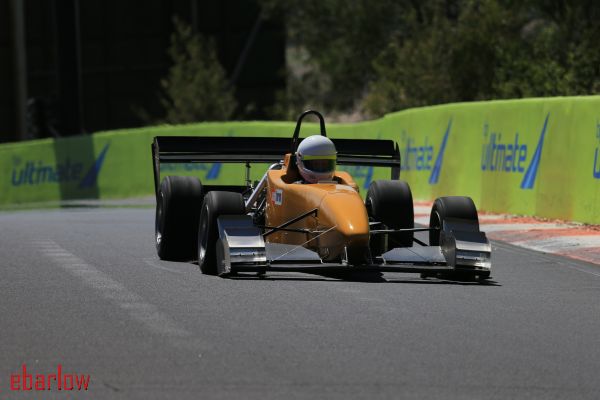 Sunday March 4, the second day of the Bathurst double header and the weather was again warm and fine as the action on track moved up a notch as well. At the front end of the field It was an unusually short story…Malcolm Oastler (OMS28) was straight into it – try 40.64s for the first run and 39.90s for the second run and then it was onto the trailer with FTD. Thank you linesman, thank you ball boys!

Mudgee’s Doug Barry (Lola T8750) gamely battled on for a best of 41.82s for second outright (perhaps the new back end is not getting the power down to his liking?). Ron Hay (Synergy Dallara) had to settle for a best of 46.69s and third outright. Matt Cole (RX7) swept into fourth outright (46.94s) after a spirited battle with Phil Heafey (Evo VI – 47.40s) with Zac LeLievre (Westfield Megabusa) and Dejan Buneta (Supra) filling the next places.

Next round is at Canberra’s Fairbairn Park which is Mr Oastler’s home track (April 15). It is shaping to be a long year for the opposition.