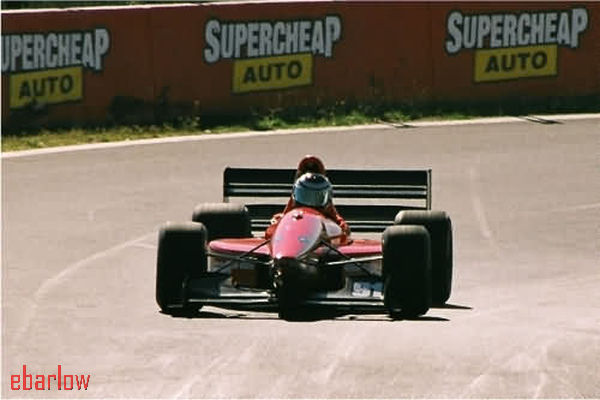 The season got off to a great start with the BLCC’s opening round on The Esses course (part 1 of their popular double header).  The track was in perfect condition, the weather all weekend just great and the competition fierce but friendly which augers well for the Australian titles to be held there in November.

The outright contenders put on a good showing as defending NSW champion (and National Champ) Peter Gumley took the early running on 22.53s in his supercharged SCV.  Next quickest was Victorian ace Andrew Howell (Gould GR55B) and Tim Edmondson in the under 2 litre Force PC and Neil Farr (Bowin Hay).

As the second and third runs unfolded things started to get real interesting with Andrew Howell charging into the lead on 22.20s.  Gumley was starting to struggle as the SCV’s clutch began to fade and Tim Edmondson demonstrated the potential of the Force, closing gap in third (23.47s).

Neil Farr (Bowin Hay) meanwhile cemented a solid fourth outright and Steve Hooker was next best in the under 1300cc Jedi after a hasty engine change. On the fourth run Andrew Howell made the tow from Victoria worthwhile, claiming FTD with a very neat run of 22.17s and Gumley went no quicker.

The Edmondson team settled for third outright, ecstatic to have overcome unreliability problems that have plagued them for the past 12 months. In up to 750cc F/Libre Tom Donovan (Megakart) (26.47s) just pipped Phil Pratt ahead of Searle Courtright and co-driver Steve Moxon having their first run in the Axtell Suzuki.

There are plenty of early indications that this season could be one of the most competitive yet.