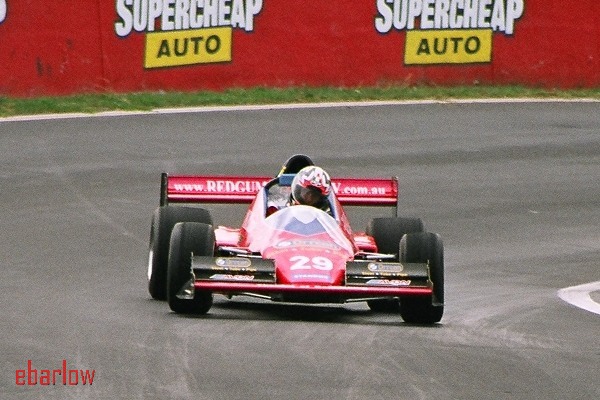 There was good roll of almost seventy entrants and the BLCC organized great weather to top it off.

Peter Gumley (SCV) and Neil Farr (Bowin Hay P6) slugged it out at the front of the field with Peter coming out on top with a best time of 23.03s, just outside record time.  Neil was just behind on 23.81s, and trying hard – evidenced by a slight “wing scraper” at the Dipper on an early (dampish) run.  Fortunately easily fixed by the Tamworth crew.

Karen Wade was another unlucky enough to just scrape the wall, which lead to a busy but successful overnight repair to the Nissan GTR.  Fortunately, co-driver Stuart Inwood was able to put down an earlier time of 27.94s for a well deserved class win.

Ex F1 designer Malcolm Oastler brought out his latest creation, an Auto-Union inspired open wheeler powered by a Jaguar V12 engine!  It was absolutely stunning; check out the Gallery photos if you have any doubts.  It’s a shame that it has to run mufflers as it would sound even better without them.

Commiserations to Noel Gibson in the Vee who had a coming together with the wall at the Dipper.  I believe he was a bit stiff and sore after as you would expect.  Damage to the Vee is being assessed so we hope he will be back in it soon.

Thanks to all concerned at BLCC.