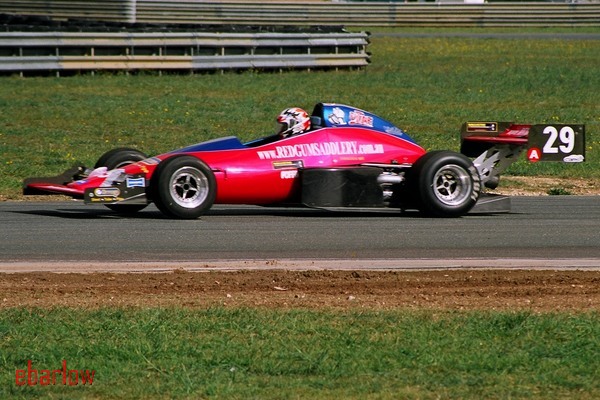 Round 3 of the NSW Hillclimb Championship was held at Fairbairn Park, Canberra on Saturday April 28. A few early showers of rain really shuffled the leader board and kept the final result in doubt down to the last run.

The event was the first day of a “Southern Double” organised in conjunction with MWSCC’s event held the following day at Wakefield Park. The rain was most welcome but it had the fancied runners scrambling for traction and the smaller cars (and Karts) making the most of it.

The up to 750cc open wheelers set the early pace. Wollongong’s Geoff Lord (Axtell Suzuki) held the first run advantage only to be overhauled by Tom Donovan in the Suzuki powered MegaKart for the next three runs.

Uncharacteristically, championship favorite Peter Gumley (Wortmeyer SCV) was struggling in second outright after an off course excursion while Steve Hooker (Jedi Suzuki ) joined the list of those going bush, sustaining front wing damage which had him headed to the workshop for overnight repairs.

The Edmondson team seemed to be getting on top of the complex Force PC, putting it into the outright lead (44.38s) on run 5 ahead of Ron Hay’s RH Honda (46.00s).

Blue sky finally appeared for run 6 as Peter Gumley rolled the SCV to the line for his final shot at FTD. His time of 41.52s was no record but was good enough to push Tim Edmondson back to second outright while a disappointed Tom Donovan (45.62s) slipped to third. It is rumoured that Tom had been sighted earlier at the back of the pits doing a rain dance! Ron Hay (RH Honda) and Geoff Lord (Axtell Suzuki) filled the next outright placings.

Mark Inwood (GRD Toyota) improved by a couple of seconds on his final run (47.14s) to claim sixth outright while next was Stuart Inwood (Nissan GTR) on 47.75s and Best Tin Top.