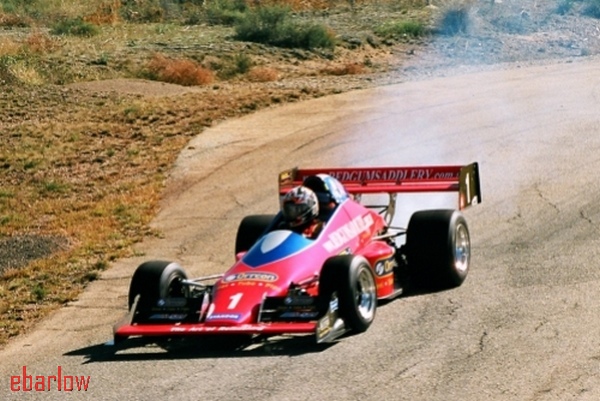 The competition was hot despite the couple of showers (and hail) that swept through during the day. A damp track slowed first run times with Steve Hooker (Jedi) taking up the early lead (45.78s).  As the grey was replaced by blue skies the times began to tumble.  Peter Gumley (SCV) was first (and only) competitor to drop below 40s, finally registering an FTD of 39.14s on his fourth run.

Meanwhile, Tim Edmondson appears to have shaken all those monkeys off his back and has the Force cooking.  He finished with a new class record (40.79s) and second outright.  Steve Hooker (Jedi/Suzuki) had to settle for third outright (42.13s).

In the up to 750cc F/Libre class Phil Pratt (Trojan) broke David Hill’s longstanding record to finish fourth outright just ahead of Tom Donovan’s Megakart and Searle Courtright (Axtell Suzuki). While Steve Hooker was taking out the 751-1300cc class a handy battle developed between John Bown (Altin) and Nick Mason (Sparrow) with only a few tenths separating them in eighth and tenth positions.

In Tin Tops, Stuart Inwood was at his best, making ample use of the Skyline’s all wheel drive, finishing with a creditable sixth outright (45.85s) and a new class record while a fine drive from Arthur Hollins (Cortina) produced a ninth outright result.