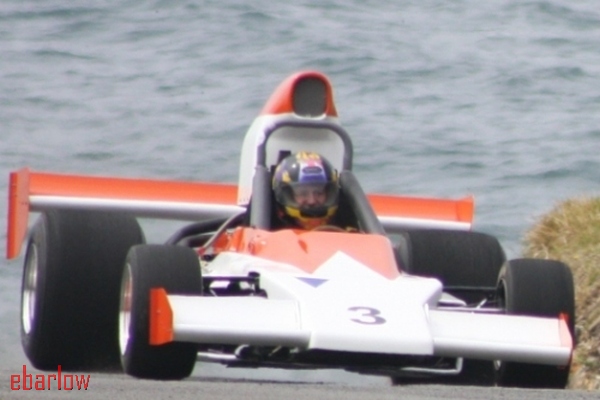 Newcastle’s King Edward Park climb was the scene for the final round of the NSW Hillclimb Championship for 2008, the picturesque course loaded with a rich history going back to 1951. The hard working MG Newcastle crew had to overcome some early headaches as morning showers affected the timing gear but they kept the programme ticking over while the problems were rectified.

As the runs got serious and the track dried, it was no surprise to see Tamworth’s Neil Farr (with the Bowin Hay now sporting fresh livery) moving to front of the field. Farr reeled off a succession of clean runs to secure FTD on 34.77s, a little over a second outside his course record and record his seventh win in eight years at this event.

Dave Morrow (Krygger Suzuki) was next, ahead of Tom Donovan in the increasingly competitive Pilbeam.  Tom unfazed by an earlier “sticking throttle moment” which combined with the giant Garrett turbo gave him a start line launch not seen since the last space shuttle!

Steve Moxon (Axtell Suzuki) and Amy Mrcela (Elfin) dead heated for fifth outright on 38.13s while the Torana of Matt Halpin (aka “The King”) was best Tin Top and seventh outright.  Searle Courtright (Axtell Suzuki) was next ahead of Stuart Inwood (Nissan GTR) on 39.63s.

They were followed by Jon Bown (Altin) with Nick Mason in the distinctive sounding twin cylinder Sparrow less than two tenths behind him.  Ben Durie was best of the “Beetles” this time around in twelfth outright just a tenth outside Craig Torrens class record.

The auditors will be double checking the points table for the final positions but by my reckoning its Tim Edmonson 1st on 76 points, with second place shared between Ron Hay and Phil Pratt (43 points), Peter Gumley next (36 points) and Stuart Inwood rounding up the top five.