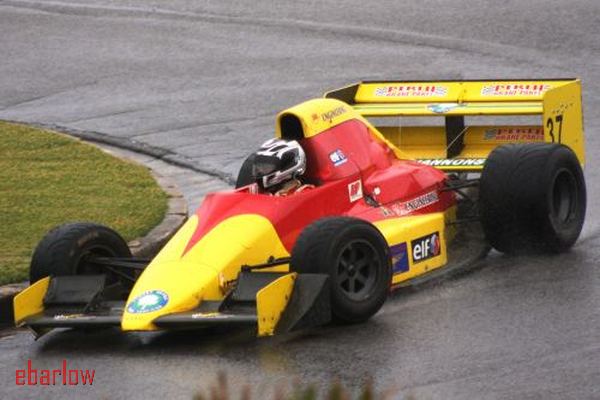 Doug Barry, despite setting FTD does not get the victory – Image courtesy Eileen Barlow

DRAMA AS DOUG BARRY GETS FASTEST FINAL ROUND!

We are not sure who stirred up the weather gods but they were certainly agitated at Newcastle on the October long weekend. Full marks to the MG Newcastle club for stepping up for the 54th year and putting on such a huge undertaking.

The wild weather really tested competitors, and course marshalls and the strong wind and rain forced the implementation of a shortened layout to overcome pit access difficulties.

The third run saw Doug Barry put in a blinder to grab FTD (33.79s) before a lightning strike in the vicinity called a premature halt to the event. Stuart Inwood was in second outright at that time from Steve Moxon and Tim Edmondson.

One thing is for certain, no one works harder than Doug and he deserves congratulations for a fine drive to take out the final event