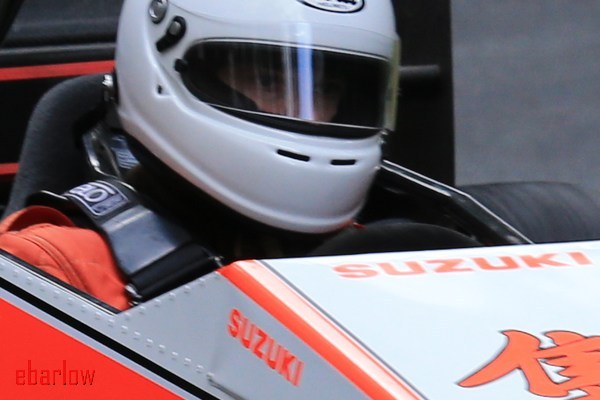 It was looking a bit grim early but the early showers cleared soon enough leaving us with a great patch of close competition for Round 7 at KSCC’s Mount Cooperabung hillclimb on the Mid North Coast, August 24.

Brett “Frequent Flyer” Hayward was again in attendance (all the way from country Victoria) and as usual had the cat amongst the local pidgeons from his very first run on a damp narrow stretch of road that once unbelievably formed part of the national highway to Qld.

As the clouds lifted the main oposition was expected to come from Mudgee’s Doug Barry in the Lola F3000 (the outright record holder) and a host of local drivers including the wily Dave Morrow and Alan Hinde both in bike powered machines.

Hayward set the early pace on slicks (in the 28s bracket) while Barry toyed with wets and intermediates as Dave Morrow (Krygger Suzuki) and Alan Hinde (Piranha) pressed their claims ahead of Ron Hay in the Synergy Dallara.

Second and third runs were pretty much a status quo with most competitors improving their times on a drying track. (Meanwhile it was reported that at the back of the pits a number of people with four wheel drive were doing their own versions of a rain dance).

After the fourth run Brett Hayward was in the high 24s bracket and looked to have FTD it in the bag, a full second clear of Doug Barry with local surprise packet Darren Read (Minetti Sports) slotting into third outright.

The final Run saw “Farmer Doug” put in a trademark do or die effort, putting the Lola at the head of the timesheets on 24.194s. Unfortunately for Doug, Brett Hayward was next car to run and duly responded with what could be a championship winning effort – FTD of 24.097s. Well done all round.

The closeness of the competition didn’t stop there with a varied mix of classes filling the next dozen or so places including Craig Albertson (Ford Falcon), James Morrison (Commodore), Tim Blake (WRX) followed by Dejan Buneta in the very healthy sounding Supra.

John Gilbert (Commodore) was next at twelfth outright after a good save exiting the haipin ahead of the S/S Escort of Tony Laurence. This group was closely followed by another crush of cars including Liam O’Brien (Comodore), Sam Hollier (Falcon), Geoff Brisby (Commodore), Michael Miller (Volvo), Stephen Fowler (Commodore), Daniel Hollier (WRX), Stephen Wood (Clio) all pursued by that “young” Ron Gallagher in the Capri.

Looking pleased (or relieved?), Hayward said later “As I lined up I couldn’t hear Doug’s final time and thought I’d better go for it. Full marks to Doug, he’s pushed me hard all day”.

With just two rounds to go, the Hayward juggernaut is gaining momentum at the head of the NSW Championship (and a great effort for a Victorian!). Minor placings are currently taken by Doug Barry, Ron Hay and Malcolm Oastler.